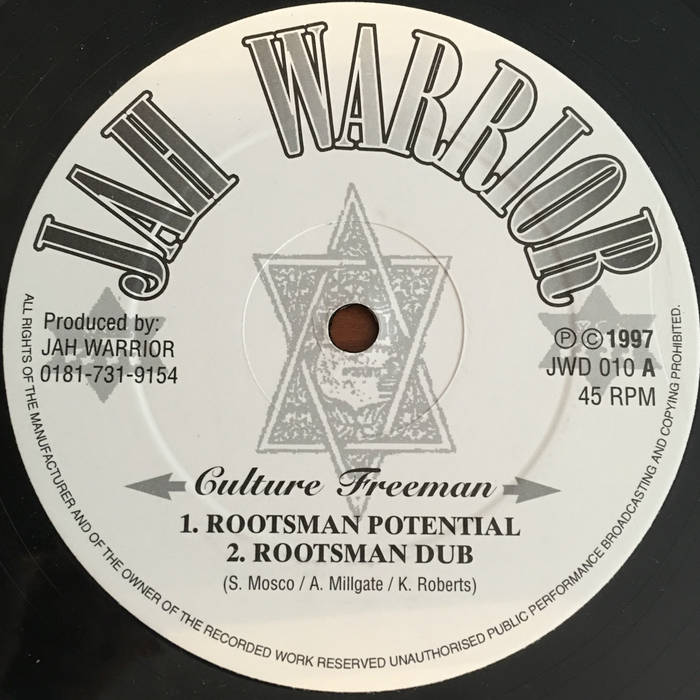 Quaff Records in Stroud Green Road near Finsbury Park was a (mostly) reggae shop which was open for a few years in the early 1990’s and run by a guy called Pepe. There was an emerging roots scene going on in London then after a good few years of ragga dominated runnings. Jah Shaka was still only drawing relatively small crowds, Aba Shanti I and Iration Steppas were just starting to make a name for themselves. I was playing out on my sound along with others like Manasseh and Joey Jay but there wasn’t a lot of roots being released then and we were grateful for what little came our way. Quaff was the nearest reggae shop to where I lived and I used to pay it a visit on my music hunting searches when I did the rounds of the shops. The shop turned out to be significant in the development of Jah Warrior Records. When the first Conscious Sounds release “Stepping Time” came out, I wanted to get some dubplate cuts for the sound and Pepe told me where to find Dougie, who I’d never heard of at the time and that’s how I first came to meet Dougie, around 1992. A number of artists used to hang out at Quaff regularly, especially people like Ishu, Danny Red and the late Ras Xylon, as Pepe was involved with LIDJ as they called themselves. Culture Freeman also used to work at the shop and that’s where I first met him.
As time went by and the label became more established, I saw more and more of Freeman. He used to pass by the studio regularly as he was part of The Bush Chemists, both recording and touring with them, and he also started working with me on occasions as a DJ for Jah Warrior sound. His first big tune with Bush Chemists was The Fittest which remains a UK classic to this day, and we decided to do some recording together too.
After the Dub From The Heart album came out, we decided to use a riddim from that and Freeman voiced Rootsman Potential. It was a tuff riddim, people liked Freeman’s vocal and in 1997 it came out as a 12 inch single with Herbsman Anthem on the other side which was also on the Dub From The Heart album. Culture Freeman did one other track for me which came out on the first Jah Warrior Showcase album. His distinctly UK style has won him a lot of fans, particularly in Europe where he tours regularly with The Bush Chemists and is still going strong today.

Released as a 12 inch single in 1997. Produced by Jah Warrior. Recorded at Conscious Sounds.

Jah Warrior Records was founded in 1995 by producer and musician Steve Mosco. From day one the style was always roots reggae and dub. Influenced by Jamaican greats like King Tubby, Lee Perry & Augustus Pablo plus sound systems like Jah Shaka, Jah Warrior fuses vintage Jamaican Roots with today's UK Roots style which has influenced and attracted a massive audience worldwide. Tune in and enjoy! ... more

Bandcamp Daily  your guide to the world of Bandcamp